A recent Happiness Report from Oracle suggests people are searching for new experiences to make them smile and laugh and will reward brands that embrace humour with loyalty, advocacy, and repeat purchases.

Overall, 76% of people believe brands can do more to deliver happiness to their customers and 91% said they preferred brands to be funny.

However, globally businesses are shunning humour for fear of being cancelled.

The Report suggests 89% are more likely to remember ads that are funny, yet business leaders report that only 17% of their brands’ offline ads and 14% of their online ads actively use humour.

68% of people would open an email from a brand if the subject line was funnier, yet only 21% of business leaders said they actively use humour in email marketing campaigns.

If you are looking to use humour in advertising fear not. Christian Ludlow Hyland, Senior Director Customer Engagement Oracle APAC said, “For brands looking to contribute to the happiness of their target audience, it starts with data and knowing your customers. People are ready to embrace the funny side of life and find joy and laughter in the world around them, which includes brand experiences.”

Spotify has announced the release of call-to-action cards for advertisers in Australia, Canada and the U.K.

Spotify suggests the new clickable call-to-action cards will provide a visual component to audio ads, making it easier for users to view brands, products and services while listening to content, without having to remember promo codes, or URLs.

The CTA cards will appear as a podcast begins, and reappear again later, with another opportunity for listeners to engage.

Spotify’s Head of sales (AUNZ) Pieter Manten said, “Consumers can select the moment they want to be discovering and shopping on their own terms, which enhances their experience.”

The CTA cards are now available in Australia on all Spotify Original & Exclusive podcasts.

As digital marketing technologies and ecosystems have grown, traditional advertising has lost some of its favour. However, the recent CMO Survey suggests that a shift back to traditional media is underway.

They suggest, traditional ads are seeing greater engagement, while the costs associated with them have fallen.

The survey found that some companies have recently reinvested in traditional advertising as a result of Google and Apple’s forthcoming cookie tracking changes.

Marketers have also started tapping into podcasts because their on-demand approach is akin to traditional radio and listeners trust their podcast presenters.

Acast commissioned Nielsen to survey over 2,000 Australians aged 18+ to better understand why people are listening to podcasts, how and when they’re listening, and the impact podcast advertising is having for brands.

You can read more about the 2022 Acast Sounds Smart Report here.

The experience is designed to bring people across the world together by shifting the focus from hunting easter eggs to hiding them.

Chris Birch & Jonny Parker, ECDs at VCCP London, said, ‘‘As lovely as getting a chocolate egg is, the real generosity and fun of Easter lies in the hiding.”

The Cadbury campaign lets you hide a 3 foot virtual egg anywhere in the world and then create a personalised clue to help someone find it. You can then choose to have eggs delivered in real life, thanks to a collaboration with Amazon.

Cadbury worked with VCCP London, VCCP CX and Girl&Bear to design the campaign.

Last year’s campaign saw 800,000 virtual eggs hidden. The 2022 campaign will roll out across the UK, Ireland, Australia and South Africa.

According to the recent IAB Australian Audio State of the Nation Report, advertisers are leaning into programmatic audio.

The report suggests 64% of media agencies intend to use programmatic for audio advertising over the next 12 months (up from 59% in 2021), 73% now have streaming digital audio advertising as a regular part of their activity and 59% regularly consider podcast advertising, (up 36% from 2021).

According to this year’s Iab Australia Audio Summit, combining digital audio advertising with digital display and out of home advertising seems to be a successful combination for many agencies.

Valentine’s Day gifting is more prevalent with younger Australians. 38% of 18-24 year old’s plan to buy a gift, while only 7% of people over 65 plan to celebrate the day.

In the U.S. the Valentine’s Day bounty expects to take a hit this year, with surveys suggesting the usual gifts will be replaced by home-cooked meals and takeout.

As a result U.S. brands started selling Valentine’s Day items much earlier in the year, an advertising strategy employed with Black Friday and Christmas sales in 2021.

It’s a new year so there are plenty of thrilling, exciting and fun new podcasts to listen to. Here are a few to sink your teeth into.

If you’re not familiar with Private Eye Magazine, it’s a British satirical and current affairs news magazine, founded in 1961. Published in London, the magazine has been edited by Ian Hislop since 1986 and is widely recognised for its prominent criticism and lampooning of public figures. Today, Ian and Private Eye magazine venture into the world of audio with Page 94, a podcast hosted by Andrew Hunter Murray.

What happens when a diagnosis changes everything? One afternoon, Helena Merriman walked into a doctor’s surgery and was given a shock diagnosis. In this series, Helena interviews people who, like her, were changed by a diagnosis. The podcast series shines a light on misunderstood conditions, asking how we cope when our bodies and our minds no longer behave as we want them to.

One night at 4 am in 2013, Mozhgan Moarefizadeh and her family slip away from immigration detention in Jakarta. They walk for hours in heavy rain, with no phones and no idea where they are. Mozhgan is 21-years old. In The Wait, Mozhgan and journalist Nicole Curby investigate how Australia has created a new border, inside Indonesia, and ask who’s responsible for its consequences. What does it mean to be caught forever on the run, trapped in a permanent in-between?

Things Fell Apart is a series of strange and unexpected human stories from the history of the culture wars. What are the origins of cancel culture? How did we become such a divisive society? The podcast explores topics like abortion, sex education, gay liberation and school curriculums and discovers the strange and sometimes heartwarming examples of how things came to be.

Disgraceland is a podcast about musicians getting away with murder and behaving very badly. The Thirty-ish minute episodes trace the most insane criminal stories surrounding our most interesting and infamous pop stars. Season 1 of Disgraceland was released on February 13, 2018 and within two days reached number 7 in the Apple Podcasts ‘top podcasts’ chart. It has since been downloaded millions of times in over 150 countries.

When we examine the various generation audience segments it’s easy to assume some sweeping and often misguided generalisations, such as baby boomers aren’t tech-savvy, and Gen Y are lazy job hoppers.

As people mature and change their views, generations can outgrow their stereotypes. So when you’re looking for ways to reach Gen Alpha (people born from 2010 onward), only smart insights should form connections through your advertising.

For example, if studies show that Gen Alpha is X times more likely to take a selfie than Generation Y, does that data truly matter when it comes to ad creative? Poking fun via generalisations only serves to prove a point that you don’t understand or empathise at all.

Christmas is almost here, and while it will certainly be wonderful to spend time with family and friends on the back of another year fighting the pandemic, some quiet downtime might be required to unpack the year that was.

If you haven’t already cut your teeth on audiobooks, here are some of the year’s top picks to listen to this Christmas – with a little rock and roll twist. 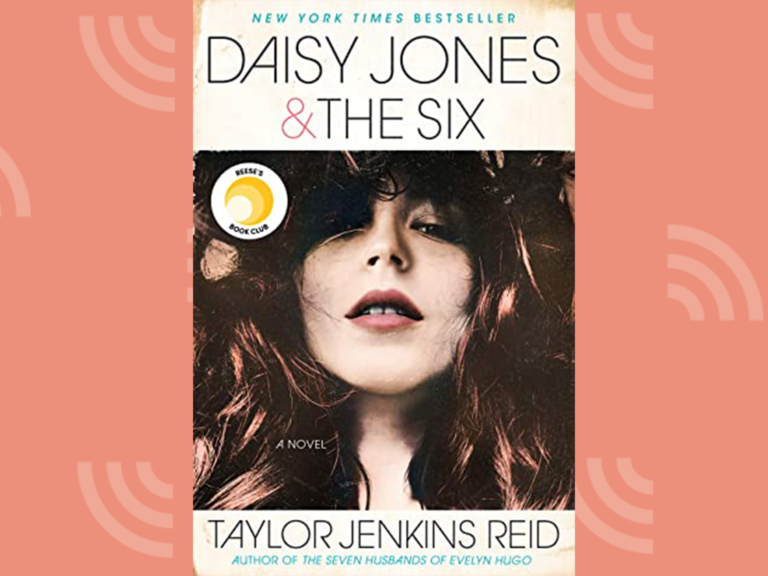 Daisy Jones and the Six – By Taylor Jenkins

This fictional rock and roll story by Taylor Jenkins Reid is a gripping story about the whirlwind rise of a fictional iconic 1970’s rock group and their beautiful lead singer.

Told through interview transcripts, the story reveals the mystery behind their infamous break up, with each narrator bringing each character and event to life in a way that many listeners have believed is in fact a true story. 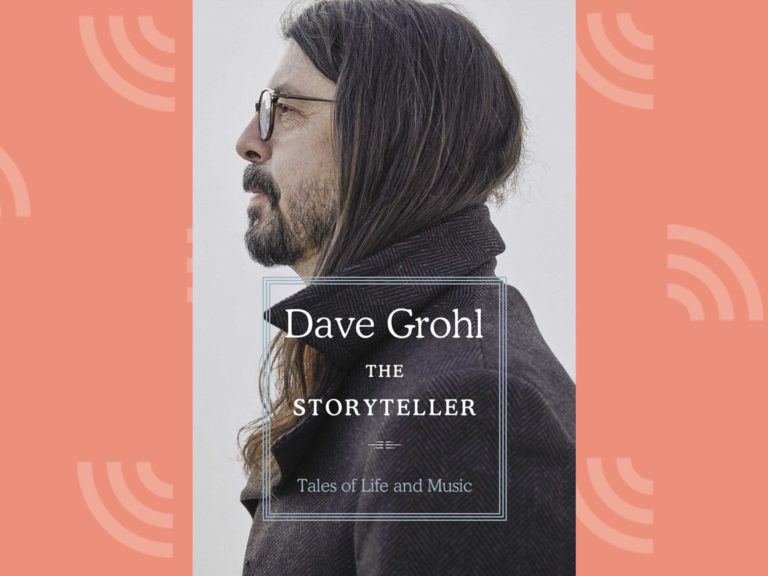 The Storyteller: Tales of Life and Music – by Dave Grohl

Rock legend Dave Grohl talks us through his life so far, from the crazy days of Nirvana to keeping toddlers entertained in hotels – as he cements his place in the Rock and Roll Hall of Fame. Twice.

Grohl describes it as a collection of memories of a life lived loud, from his early days growing up in the suburbs of Washington DC, to hitting the road at the age of 18. 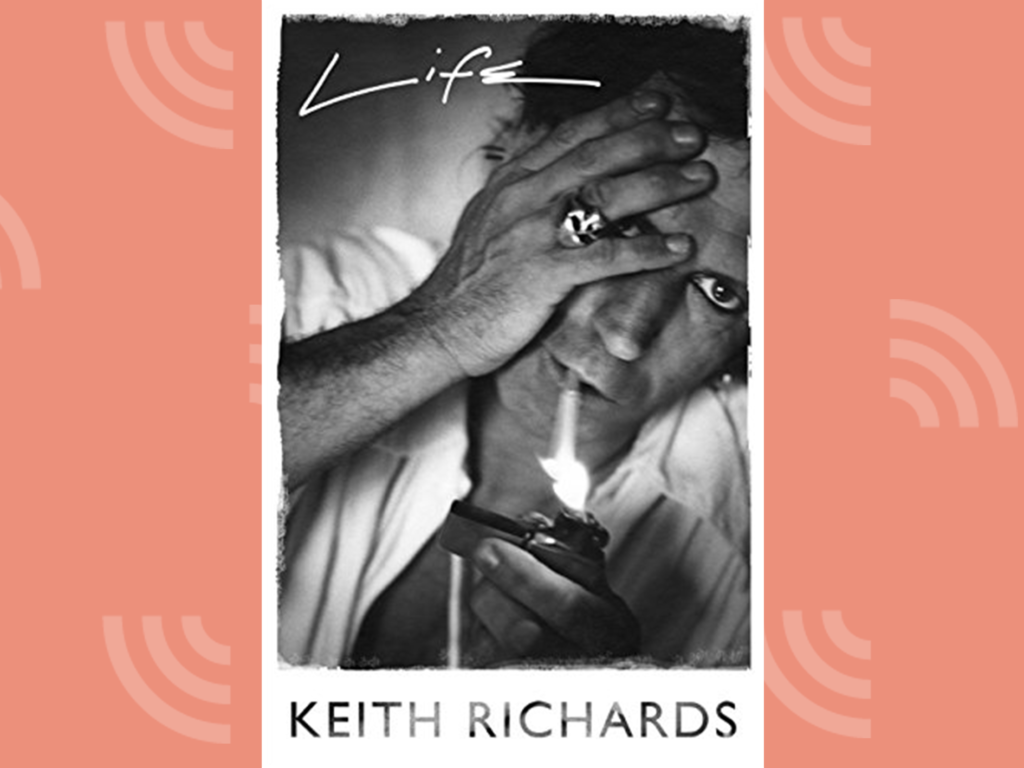 Who can go past The Stone’s Keith Richards and Hollywood star Johnny Depp? If that’s not a recipe for an entertaining audiobook then nothing is.

Richards is recognised as one of the best guitarists in history and his memoir is as powerful as his on-stage performances.

The audiobook explores memories, musical influences, his relationship with Mick Jagger and his struggles with drugs. 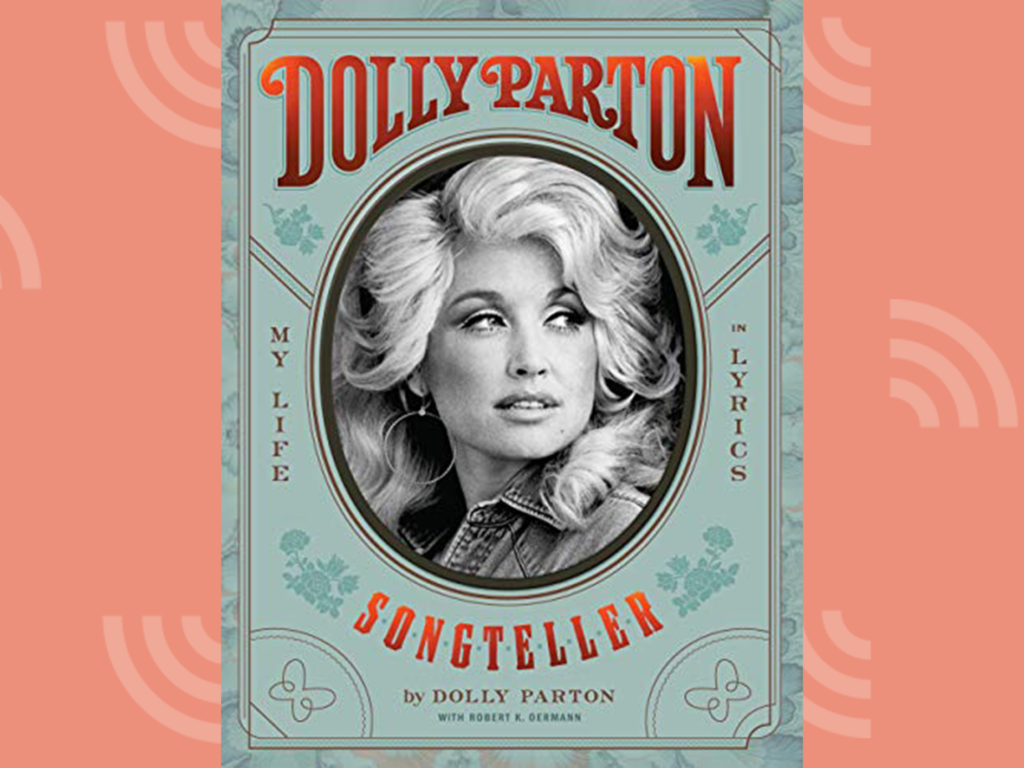 My Life in Lyrics – by Dolly Parton

Dolly Parton, Songteller: My Life in Lyrics is a landmark celebration of the remarkable life and career of a country music and pop culture legend.

Narrated by the legend herself, Dolly reflects on memorable moments from her life through the lens of her music.

The audiobook features iconic songs from her music catalogue, peppered with warm anecdotes and the inspiring wisdom that only Dolly can dispense. 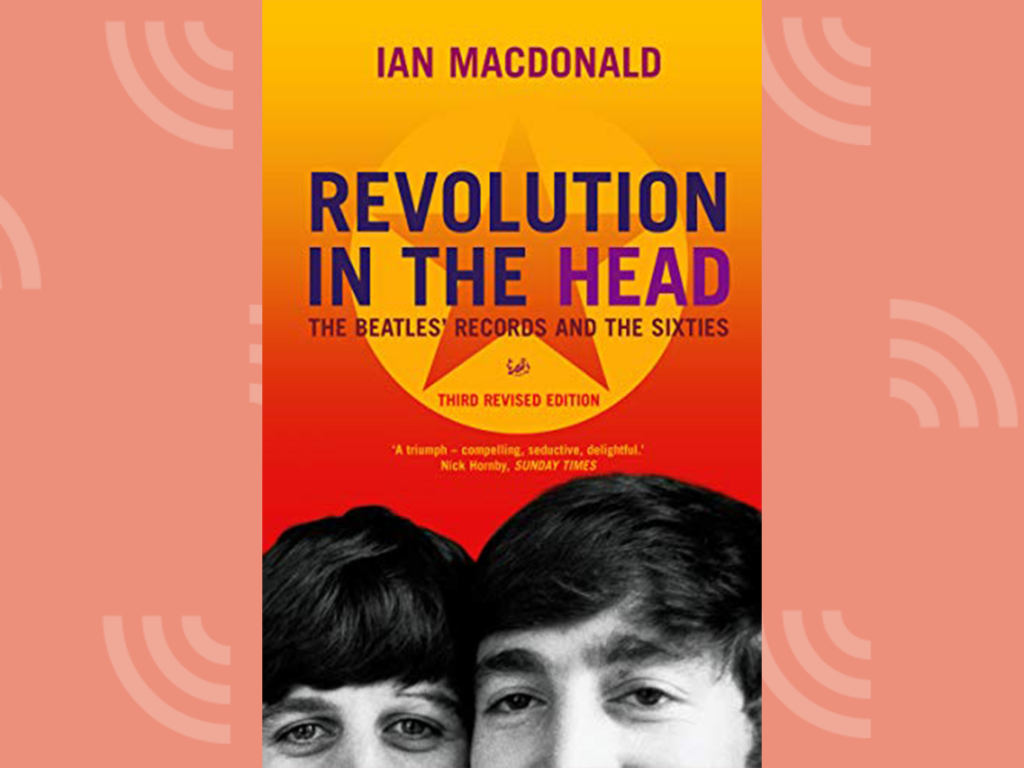 Revolution In The Head: The Beatles Records and The Sixties – by Ian MacDonald

This audiobook is the perfect companion to those who may be wanting to, or may have already, watched the recent release of Peter Jackson’s The Beatles: Get Back on Disney.

More a collection of spoken essays than a straight music audiobook, the stories drop you smack-bang into the 60s.

If you think you know everything about every Beatles song, this audiobook might just have a surprise or two in store for you.